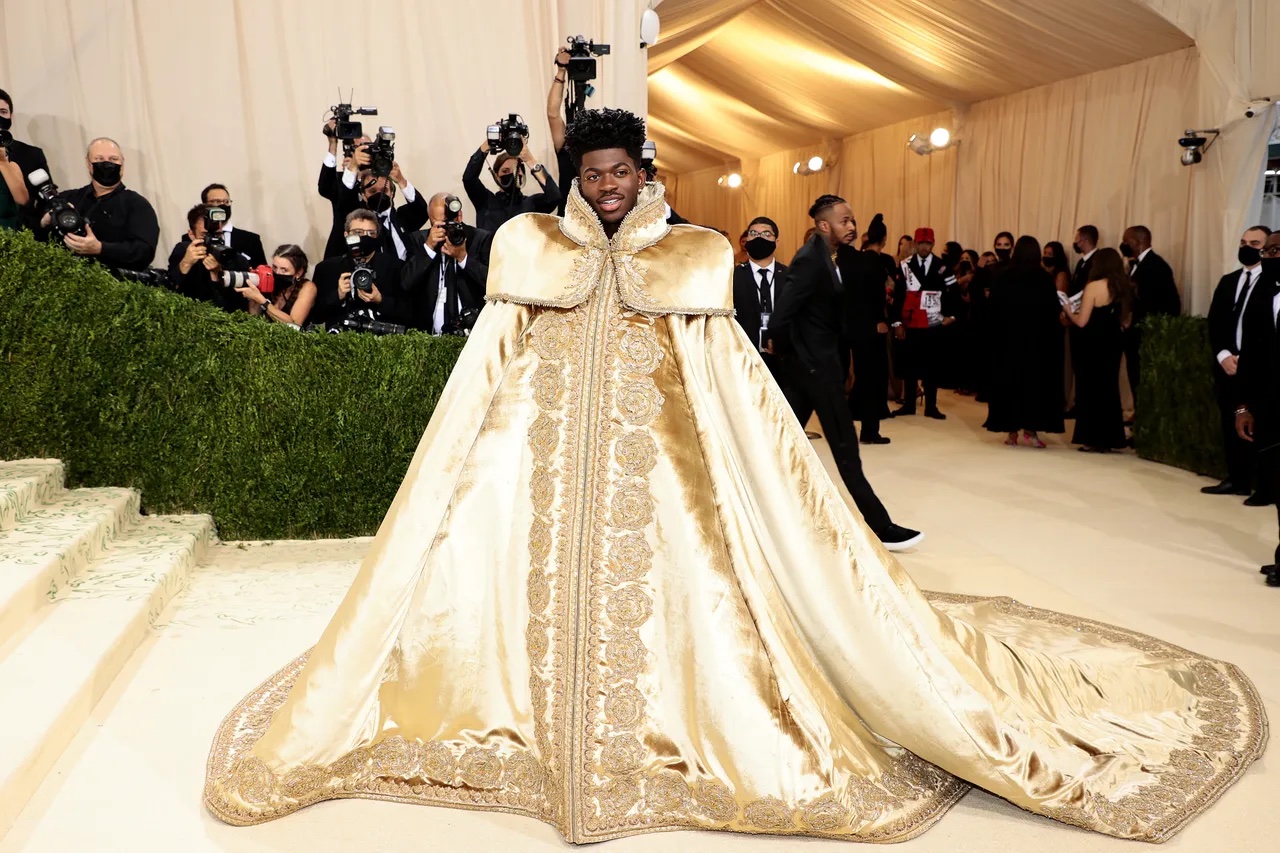 Since his beginning, Lil Nas X has always been the one to make headlines a lot more fun to read. Tonight’s MET Gala Red Carpet was no different. As it was the Artist first time at Fashion’s biggest night, he was made sure to make it a moment of unique creativity. Serving not one, but THREE different looks, e collaborated with Donatella Versace on a Regal piece of essence creating a gift that just kept on giving and giving.

Upon entering the carpet, he graced the entrance of the steps in a delicate gold cape that was covered in intricate beading and embroidery making it drape into a petite train. The design featured a high collar with above average shoulders that were sculptured in a sort of inverted vintage waist corset. Now that all eyes were on him, he proceeded to really get the party started. 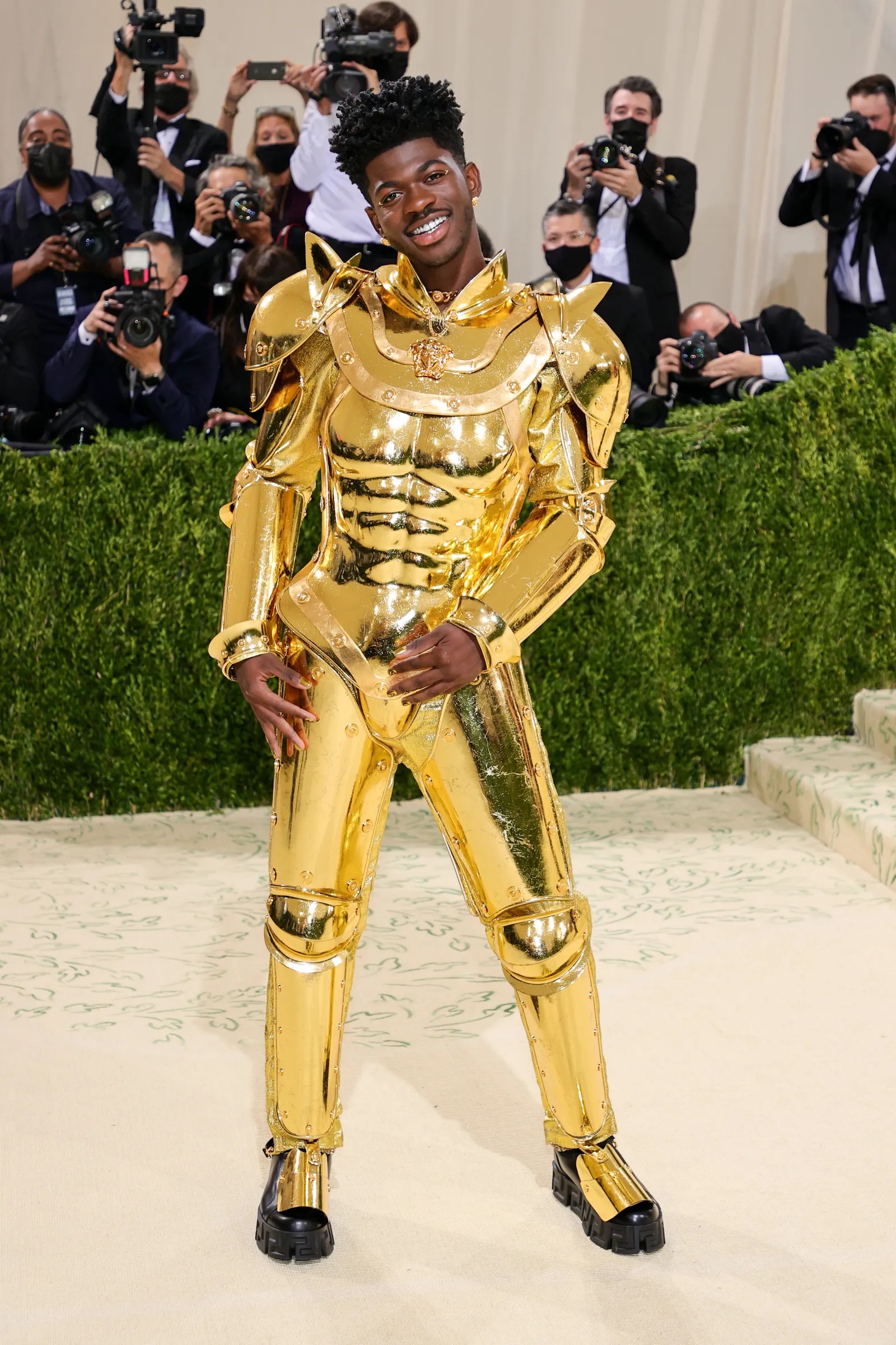 He proceeded to remove his cape showcasing a golden suit of armor. The victorian style suit was intricate and created for a Fashion war. Detailed with Abs, a slightly cinches waist, and complex structured shoulder and finished with the Fashion House’s signature Medusa head logo in all gold. Yet, the story didn’t stop there. 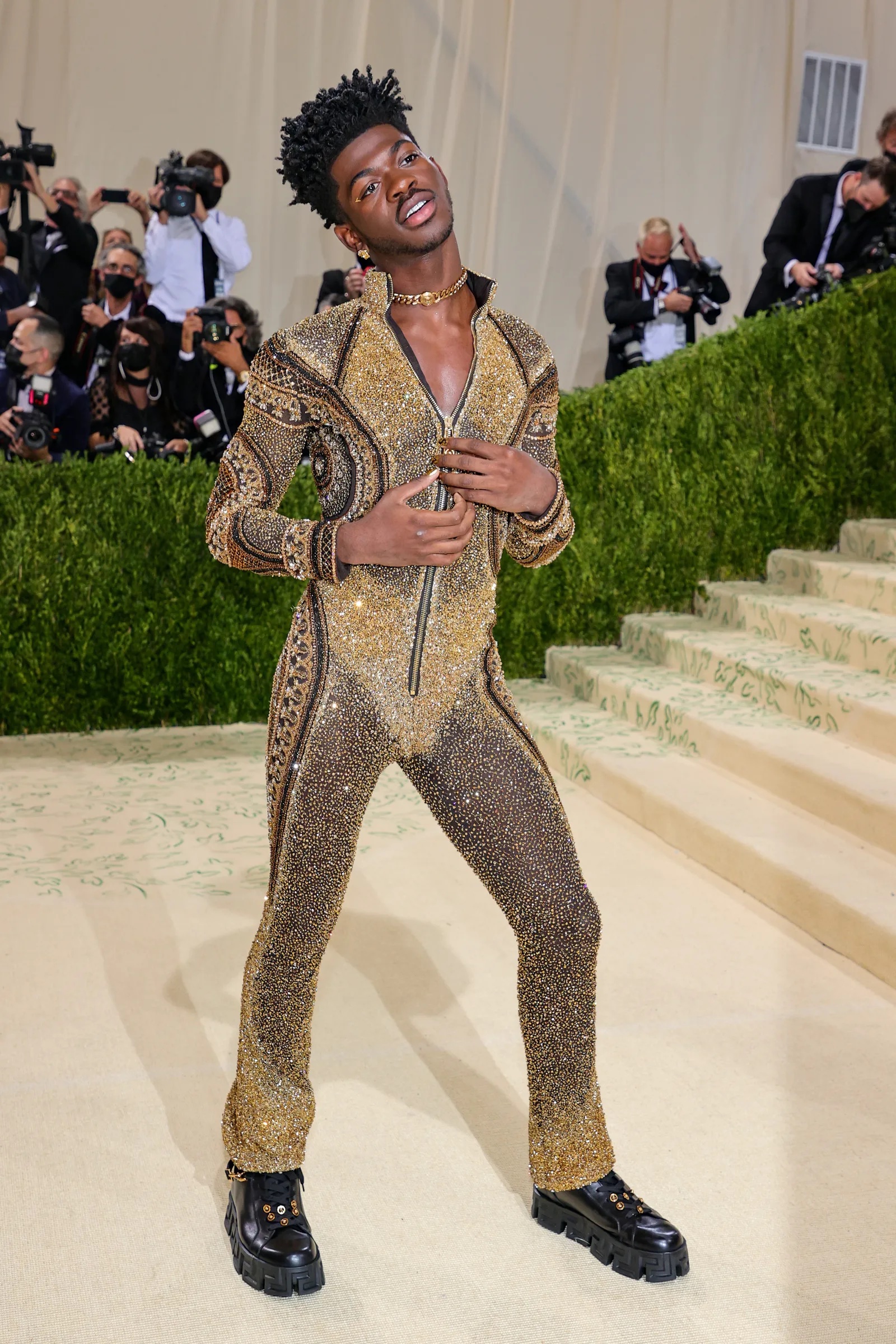 He shed one more layer into a true Versace piece. A shimmering black and gold hand-crafted masterpiece a light and shining armor, no pun intended. The fitting bodysuit was covered in crystals and featured the signature Versace house print in a body con style. Lil Nas X has been on a roll with the Red Carpet appearances, just ahead of him first born debut album ‘Montero’ is set to release, starting just yesterday evening on the VMA’s Red Carpet. Seeing that this MET is the Rappers first one, of we’re sure many more to come, he definitely didn’t stray away from a grand first appearance.