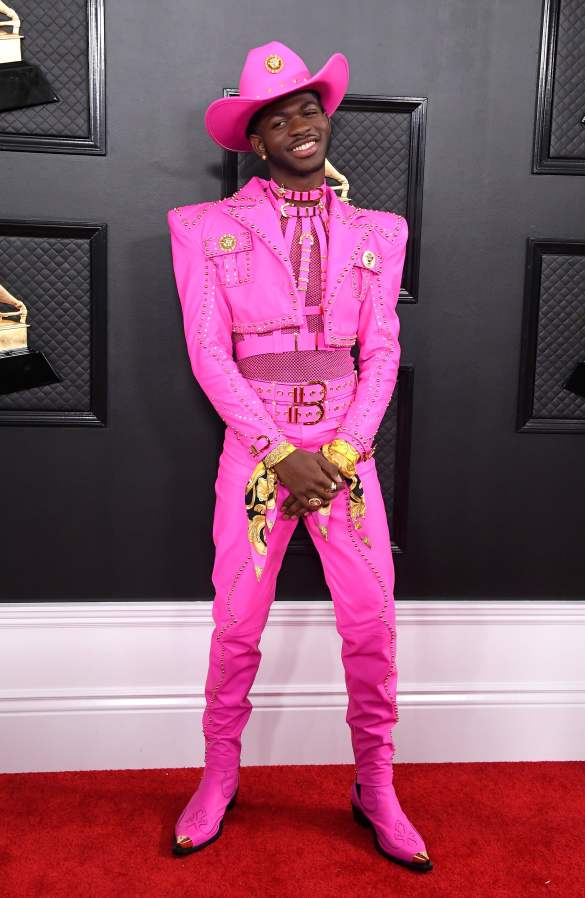 Lil Nas X made, and maintained, a unique splash to the industry as we once knew it. Keeping his undeniable charm and white flavor, he’s been riding his own lane and making it work like only he can. Becoming an instant sensation with his debut single “Old Town Road” he’s make the country western mantra his background, and just added a little sauce to it.

Lil Nas X’s version of Western wear is much more fun and glamorous. Tonight, the Country Rapper took his signature flare up a notch in custom Versace. Adding a bondage twist, the Versace house made for the perfect match as the belted bondage aesthetic is a specialty of theirs. The bright pink 3-piece set turned plenty of heads as Lil Nas X hit the red carpet. The rapper wore a cropped jacket with sculptured shoulders and trimmed in gold studs and Medusa head embellishments. The matching pants were tailored to fit perfectly and fell perfectly over his gold tipped boots. Lil Nas accessorized with a highlighter pink cowboy hat with a Medusa head medallion, bondage style belting over his mesh shirt, and a double stacked belt over his pants – making a look almost as fun as Donatella’s belt dress for the 1992 MET Gala.