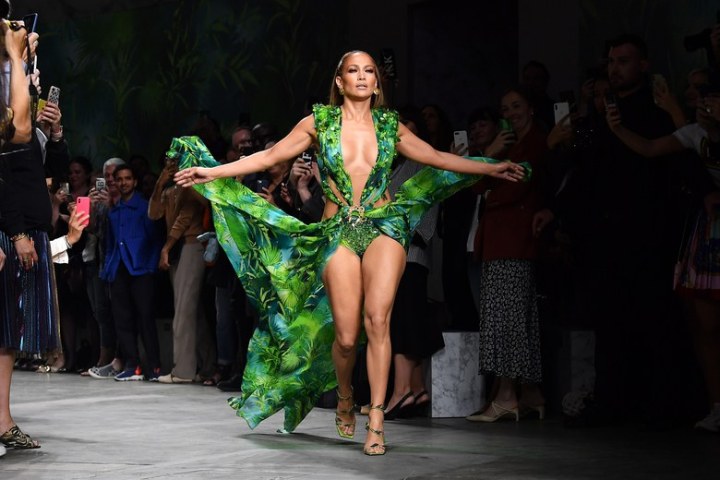 Jenny From The Block just set the block on fire, yet again! Today at Milan Fashion Week, Versace held their SS20 Fashion Show and closed with a banger. To Fashion lovers surprise, out came J Lo in a moment that made history two decades ago. The theme of this evening’s production was Jungle, which was the theme of J Lo’s Grammy’s dress that evening of February 23, 2000 we had no choice but to love. That silk chiffon dress that became a staple on many mood boards to come so much that it ignited so many searches on the then not-so-advanced Google that the search engine’s founders capitalize of the frequent searches and expanded the tool. The combination of “J. Lo” and “Versace” in the search bar was so prominent that they built Google Images to fix the problem. 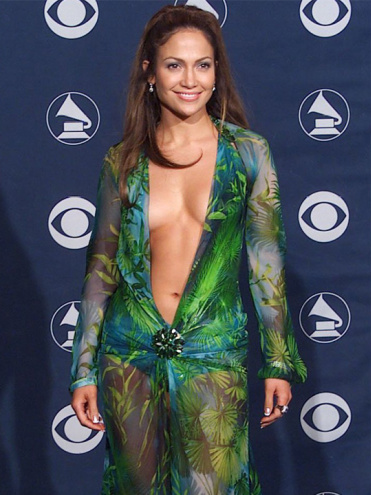 As the show was coming to a faint end, in the raving room of fans the spotlights slightly dimmed and on the walls of this exuberant room lit up as the screens displayed a collection of Google Image searches for the original dress and arose a faint voice saying “Okay, Google. Now show me the real jungle dress.” The crowd instantly rose to their feet as a toned Lopez strutted out flaunting a new rendition of the 2000’s Grammy’s Jungle Dress flowing the train of the gown in an effortless taste. When asked about the moment, Versace Creative Director Donatella Versace said: “The world stopped, everyone wanted to look at that dress…. I’m proud we inspired Google Images.”

Citing the original interview in 2016 with Google’s executive chairman Eric Schmidt where he said: “When Google was launched, people were amazed that they were able to find out about almost anything by typing just a few words into a computer. It was better than anything else, but not great by today’s standards. So our cofounders Larry Page and Sergey Brin—like all other successful inventors—kept iterating. After all, people wanted more than just text. This first became apparent after the 2000 Grammy Awards, where Jennifer Lopez wore a green dress that, well, caught the world’s attention. At the time, it was the most popular search query we had ever seen. But we had no surefire way of getting users exactly what they wanted: J. Lo wearing that dress. Google Image Search was born.” Thanks to that moment, everyday lives became a lot more easier.