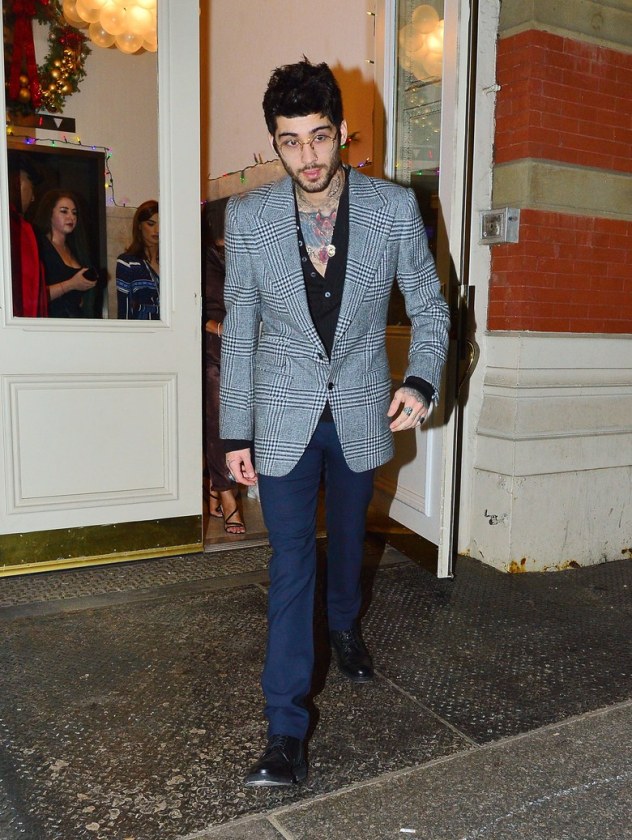 For the first time in about a month, Zayn was out with his family members ahead of his Album Release party in New York – and like any world superstar, extremely Fashionable might I add. Adding many different currently trending Mens Fashion tips, one stands out more than the others.

A mastermind of creative streetstyle, Zayn Malik is a gentleman of many flavors. Leaving his album release party in New York, the British singer had his vibrant tattoos on full display as the most eye-catching accessories. Anybody that can bare that kind of cleavage in a New York winter is legendary as is. With a simple pendant necklace, Zayn has made the plunging neckline even more of a thing as it has already become a must for many fashion forward men lately, even on the Red Carpet – even former One Direction bandmate Harry Styles. Although most missed the dark tresses we’ve known on Zayn, we all sort of grown fond of the extravagant colors. The exaggerated lapel Tom Ford sports coat combined with the Navy slacks and Sorcerers Stone frames, the look is a sort of showcase of tranquil elegance of what could be to come on his forthcoming Album ‘Icarus Falls’ out tomorrow.