This Cannes Festival has definitely been one of chat. But a movement in particular is that of which 16 Black French actresses stood in solidarity on the steps of the venue. The stand is at the premier of the My Profession Is Not Black, a film which documents the struggles they dealt with and overcame in the French Film Industry.

The ladies stunned in custom Balmain looks from the Fall 2018 Runway. Extremely fine tailored jumpsuits, tuxedo jackets, and gowns were constructed for the women of France’s principal, and one and only, black designer leading a major fashion house – Olivier Rousteing. 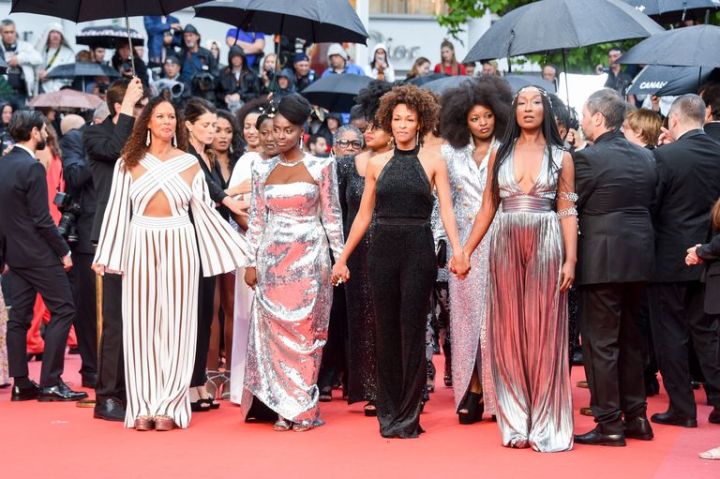 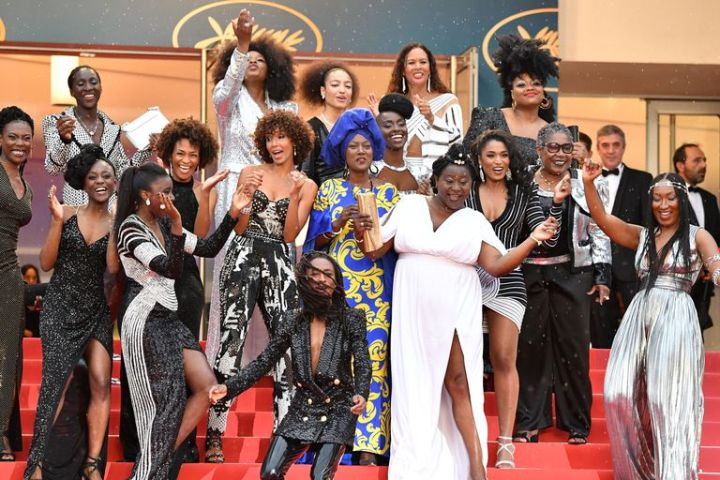 Making a statement entrance, Mata Gabin, Assa Sylla, Maimouna Gueye, Karidja Toure, Rachel Khan, Shirley Souagnon, Maimouna Gueye, Sonia Rolland, Magaajyia Silberfeld, Aissa Maiga, France Zobda, Marie-Philomene Nga, Sara Martins, Firmine Richard, and Nadege Beausson-Diagne of the film marched alongside each other – heads held highest I’ve ever seen. Full of attitude, rejoice, and prosperity – the women had more than enough to celebrate. Making a stand on something so demanding and overlooked still to date, it’s monumental to share it with a powerhouse as Balmain. A leader in innovation and what’s new, Olivier is known to protect and arm the women they dress in a unspoken literature of defiance and strength – known as the “Balmain Army”.

A honest match made for Entertainment HERstory.